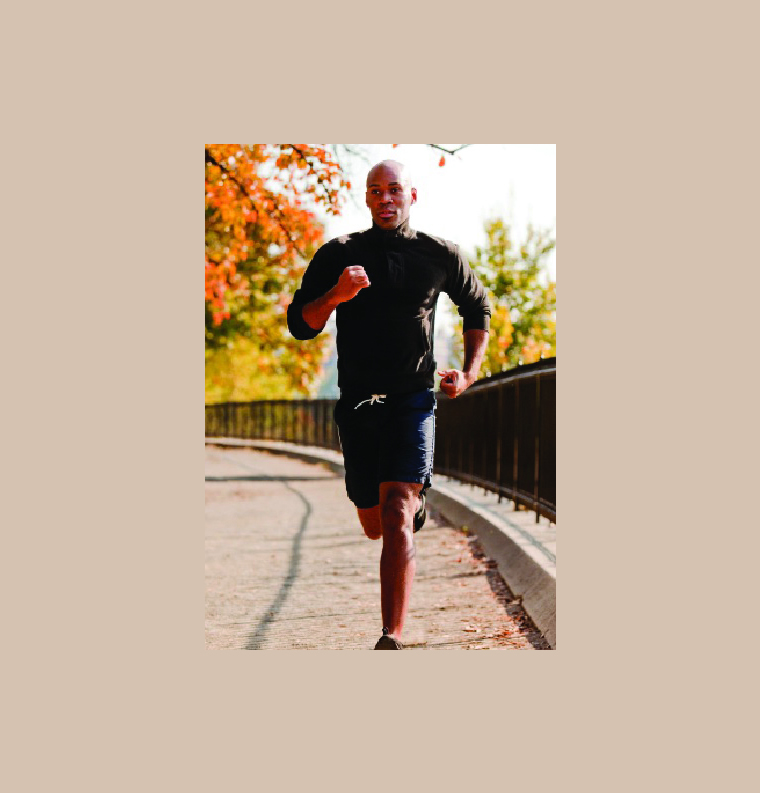 Injury risk increases when running in harder shoes as opposed to more cushioned shoes, according to a recent study in the American Journal of Sports Medicine.

In the study, researchers assessed 848 healthy runners over a period of six months with the runners providing data on running activity and any injuries reducing or interrupting running activity for at least seven days. The runners received one of two shoe prototypes to use with pre-determined global stiffness parameters (soft versus hard). Runners in the harder shoes had a higher injury risk. However, after stratifying for body mass, researchers found that the protection afforded by more shoe cushioning only applied to lighter runners (less than 62.8 kg for females, less than 78.2 kg for males).

Kevin Kirby, DPM relates that he believes nearly all runners benefit from some level of cushioning in their running shoe.

“The idea is to match the shoe midsole to the runner’s weight, running style and running surface,” says Dr. Kirby, an Adjunct Associate Professor within the Department of Applied Biomechanics at the California School of Podiatric Medicine at Samuel Merritt University in Oakland, Calif. “In addition, the runner’s personal experience and injury patterns with other running shoe designs should also be taken into account.”

Alicia Canzanese, DPM also feels that shock absorption is an important feature for most runners and recommends an element of this for most distance runners. She maintains that midsole cushioning is more important for those with cavus foot, older athletes, those with a history of stress injury and runners who primarily run on pavement.

Dr. Kirby points out that for higher-mileage runners, training in more than one style or type of running shoe is beneficial.

“Two, three or four pairs of different running shoes may be helpful … so that different loading patterns will occur within the feet and lower extremities … to hopefully decrease the risk of running injury,” explains Dr. Kirby.

Dr. Kirby commends the relatively large study population and says the results make good clinical sense. He does, however, point out that those studied were very low-mileage runners, logging less than seven miles a week on average. Dr. Kirby feels this makes it difficult to extrapolate results to medium- or high-mileage runners. Additionally, he notes that the two prototype shoes are not commercially available, which challenges a meaningful comparison to running shoes on the market. Lastly, Dr. Kirby says there was a lack of clinical evaluation of the running injuries as the injuries were self-reported in the study.

Dr. Canzanese states the results of this study support the importance of cushioning to protect runners from repetitive load stress. However, there are many specifications not addressed in this study that help determine what shoe is appropriate for a runner, says Dr. Canzanese, a member of the Pennsylvania Podiatric Medical Association Executive Board.

In a recently published retrospective study in the Journal of Foot and Ankle Surgery, researchers evaluated the use of a Youngswick osteotomy in 61 patients with stage II and III hallux rigidus. Over a mean follow-up time of 54.8 months, all patients showed improved Foot and Ankle Outcome Scores (FAOS) with final postoperative scores greater than 75 points.

Nearly half of the study patients demonstrated radiographic worsening of the first MPJ over the follow-up period but no patient progressed to arthrodesis. The study authors concluded that the Youngswick osteotomy provides satisfactory long-term functional, pain and patient satisfaction outcomes, even in some patients up to 13 years postoperatively.

Jeffrey S. Boberg, DPM, FACFAS has used the Youngswick osteotomy for over two decades, primarily in earlier stages of hallux limitus/rigidus with a long first metatarsal or in later stages, when the proximal phalanx sits plantar to the first metatarsal head.

“I have never had to revise a Youngswick correction,” shares Dr. Boberg, who is in private practice in O’Fallon, Missouri. “I do not claim this is universally successful … but I did a several-year follow-up on (my patients with the procedure) in the late 1990s and none of the patients regretted having the surgery.”

Dr. Boberg feels the benefits of the Youngswick procedure are the joint decompression and alteration of the first MPJ mechanics.

“In hallux rigidus, the sesamoids are frozen. Instead of the phalanx gliding over the metatarsal head, the sesamoids become a pivot point for the phalangeal base,” points out Dr. Boberg, a faculty member of the Podiatry Institute. “This results in the dorsal aspect of the base of the proximal phalanx impacting the dorsal half of the first metatarsal head (resulting in cartilage loss and pain in this same area). By plantarflexing and shortening the metatarsal, there is some small increase in sesamoid motion but significantly less contact between the phalangeal base and the first metatarsal head.”

Dr. Boberg notes that other than those in the earliest stages of hallux limitus/rigidus, most patients do not see any appreciable increase in joint motion after a Youngswick osteotomy.

“The goal of the procedure should be pain reduction, not increased range of motion,” maintains Dr. Boberg. “(My) patients function without pain, demonstrate propulsion and limited metatarsalgia, but with a stiff joint. They walk as if they had a fusion but with a more rapid recovery and less morbidity than they would have had with an arthrodesis.”

How Should One Initially Treat Minimally Displaced Lisfranc Injuries?

What are the consequences of treating minimally displaced Lisfranc injuries conservatively?

Study authors found that 54 percent of the patients sustained further injury displacement with a median time to displacement of 18 days. At a mean follow-up time of 54 months, researchers noted that the patient-reported outcomes were comparable between the group that remained minimally displaced and the group that underwent surgical intervention to address the additional displacement despite the delay in surgical attention.

Jacob Wynes, DPM, FACFAS, relates that an understanding of the literature is quite important to best manage these types of injuries. Regardless of one’s preferred surgical approach, Dr. Wynes notes that one cannot underestimate the high rate of tarsometatarsal osteoarthritis when minimally displaced Lisfranc injuries are left untreated.

In regard to patients treated non-operatively for minimally displaced Lisfranc injuries, Dr. Wynes relates he has yet to see a patient respond favorably. While he often sees patients referred for additional opinions in his practice, he shares that it is difficult to obtain patient agreement for surgical intervention after initial conservative treatment. Dr. Wynes points out that the longer there is diastasis, the longer the patient experiences uneven joint contact.

“The authors (of this study) still recommend surgery if secondary instability results,” notes Dr. Wynes. “I would argue that latent instability and likely more advanced joint disease after displacement (then warrants) primary arthrodesis as opposed to ORIF. This could allow for improved functional and patient-reported outcomes.”